The Canadian Hemophilia Society, Manitoba Chapter invites you to join us for StrEATs of Winnipeg, a culinary adventure in support of Manitobans with inherited bleeding disorders. We are so excited to be planning the 19th Annual Gala Dinner of Culinary Inspirations. We look forward to sharing an exceptional meal, prizes and dancing in the ballroom of Delta Hotels by Marriott Winnipeg. Our guest chefs have collaborated to deliver an exceptional dining experience for our guests.

The evening will start at 6 pm with the cocktail hour. Sample the complimentary cocktails and view the offerings in the silent auction. Dinner starts at 7:30 pm and each course is expertly paired by a Product Ambassador from Manitoba Liquor Marts. Do you like to win prizes? We have so many prizes this year! The evening will conclude with a return to dancing the night away!

Delta Hotels by Marriott Winnipeg has offered our Gala guests a special room rate of $159 for the evening of March 18th. This does not include parking. Why delegate a designated driver when you can enjoy all the event has to offer and then retire to your room! Book your group rate for Canadian Hemophilia Society MB

The Gala Dinner of Culinary Inspirations is CHS-MC’s most significant fundraiser. Proceeds from the dinner provide programs and direct services for families and individuals managing inherited bleeding disorders. To learn more about the variety of programs and services offered by CHS-MC, please visit Member Services. If you are unable to join us this year, we encourage you to consider purchasing a Support Ticket to contribute to the success of the event. 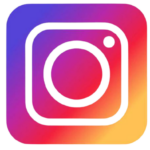 Growing up in the small town of Anola Manitoba, Cameron had always aspired to be a great chef beginning at the age of 5. Unlike many of his friends at school, he never really watched cartoons on TV, preferring to watch the cooking shows of the day - Wok with Yan, The Urban Peasant, and Pasquale - cooking right along with them and polishing his craft at an early age. Then at 15, he found himself in his first professional kitchen at Winnipeg’s Elmhurst Golf and Country Club as a dishwasher. His desire to cook was evident, always trying to get on the line and help out wherever he could.

This fascination led him to study Culinary Arts at Red River College in Winnipeg. By the age of 23, he had obtained his Red Seal from Maid of the Mist Hospitality College in Niagara Falls, Ontario. Upon returning home, he took a position at the St. Charles Golf and Country Club, spending the next nine years under renowned Executive Chef, and Conseiller Culinaire du Canada Honoraire, Takashi Murakami C.M. In 2009, Huley assumed the role of Executive Chef at the Four Points by Sheraton, Winnipeg South, where he helped open the kitchen of the new hotel. During this time, he journeyed to Japan for a few weeks to train under Chef Kiba, a friend of Executive Chef Murakami. A classical French trained Chef, Chef Kiba agreed to take Cameron on as a stage at his French restaurant in Takamatsu Japan called Bois et Dupont.

Cameron fulfilled a life-long dream in 2012 when he accepted a four-month contract touring the world as Executive Chef aboard a Celebrity Cruise Lines ship, the Celebrity Silhouette. Travelling the Mediterranean and the Caribbean, he studied and learned the flavours and spices at every port of call. Today, Cameron is living in Winnipeg and working as Executive Chef at the Delta Winnipeg.

Chef Kristel Pastorin is a Red River College culinary graduate and restaurant chef. She started her career at St. Charles Country Club as a student and trained under the esteemed and highly regarded Master Chef Takashi Murakami where she learned how to be highly disciplined, creative and resourceful.
Her next chapter began by opening a new restaurant called Sydney’s Fine Dining at The Forks, where she was hired as the executive pastry chef. After eight years of pastry and fine dining, she then moved on to The Grove Pub & Restaurant and took over as the executive chef.

Kristel also contributes to several charity events throughout the year that keep her busy. Although her time and attention are stretched thin, Kristel has never lost her enthusiasm and passion for the culinary industry.

Having begun his culinary journey at the young age of fifteen, Luc has over 25 years of experience in the kitchen. From the Southern regions of France, London England, Tylos, Sweden and Brisbane Australia, Luc has consistently proven his culinary expertise and made a name for himself around the globe. 2008 Best Modern Australian Restaurant in Queensland, the Culinary Excellence Trophy from Les Toques Blanches QLD 2008, a silver medal at the World Culinary Olympics while representing his home province of Manitoba, as well as winning the Manitoba Gold Medal Plates in 2014. In 2018 Luc took the reins as partner and executive chef for WOW Catering. Luc also has a television show on the French CBC called “La Main a La Pate”. You can watch episodes from season 1, 2 and 3 at ici.radio-canada.ca.

Chef Edward Lam is the co-owner of Yujiro Japanese Restaurant, GaiJin Izakaya and Saburo Kitchen. His three successful restaurants each have their own uniqueness bringing the finest dining experience to Winnipeg. That being said, Yujiro located in the River Heights area, has been voted top sushi restaurant every year in Winnipeg by Top Choice Awards for the past 8 years. GaiJin Izakaya is a popular local ramen/sushi shop located in Transcona. Whereas Saburo Kitchen, in the Hargrave Street Market, is an Asian Fusion sensation in the downtown area.

As a self-taught chef, he never had professional training, but he was always determined and focused. Never taking a break, you can always see Chef Edward researching and looking for inspiration to develop new creations to bring to his customers. He's always looking for new ways to improve and upgrade his own skills and techniques. You can say his passion for food only drives him to bring himself to the next level and bring exceptional surprises. With his dedicated hard work, Chef Edward proudly won the gold medal at this year’s 2022 Canada’s Great kitchen Party in Winnipeg. He will be representing the region to compete at the Canadian Culinary Championship in Ottawa in February 2023.

Chef Billy Lai was born in Winnipeg. While he hasn’t undergone professional chef training, it is his passion for enjoying food and cooking that drives him. Chef Billy started out his career as a cook at a local Japanese restaurant and moved his way up to sushi chef. He had the opportunity to worked at Japanese restaurants in other cities. It wasn’t until he joined Chef Edward at Yujiro Japanese Restaurant (in 2013) that he really began advancing his skills and creativity.

His inspiration not only comes from his knowledge of Japanese cuisine, but also from his Vietnamese roots. He likes combining the two and putting a twist to his dishes. With Gaijin Izakaya and Saburo Kitchen (also owned by their group), Chef Billy keeps himself very busy but this only drives him to continue to advance and bring out his creativity.

Chef Klaus Leiendecker graduated from the culinary arts program at Red River Community College and is currently the Executive Chef at Breezy Bend Country Club since 2004. Throughout his professional career, Chef Leiendecker has garnered experience working under the tutelage of many famed Winnipeg chefs; including Chef Murakami at St. Charles Country Club where Chef Leiendecker worked for eleven years, leaving as the Executive Sous Chef. He has competed for Culinary Junior Team Canada as well as Team Manitoba. He has been a member of Chaine des Rotisseurs for 25 years and has competed in and judged many black box competitions.